“Illuminate one by one”: ¡Electric power arrived into the houses of Mancos! The project to implement the solar panels of Misión Huascarán began

From july 23 to the 27, Misión Huascarán started the project called “Illuminate one by one” in five population centers of the Mancos district. The goal was to give electric power to residents in situations of extreme poverty and high vulnerability, mostly elderly and physically disabled, located at 3038 m.a.s.l.

There are nineteen solar panels already carrying electric power to cover the basic activities in the night of the residents of population centers such as Pisca, Yanamito, Huashcao, Armapampa and Yauyo.

This project has been possible thanks to the collaboration of the volunteers and consecrated of Pro Eclessia Sancta.

“Illuminate one by one” is one of the Misión Huascarán initiatives, its goal is to improve the quality of life by bringing electric power, initially, to 50 families in the population centers of Pisca, Yanamito, Huashcao, Cruz Coto, Utupampa, Huayapón, Armapampa, Yauyo y Canchapampa. 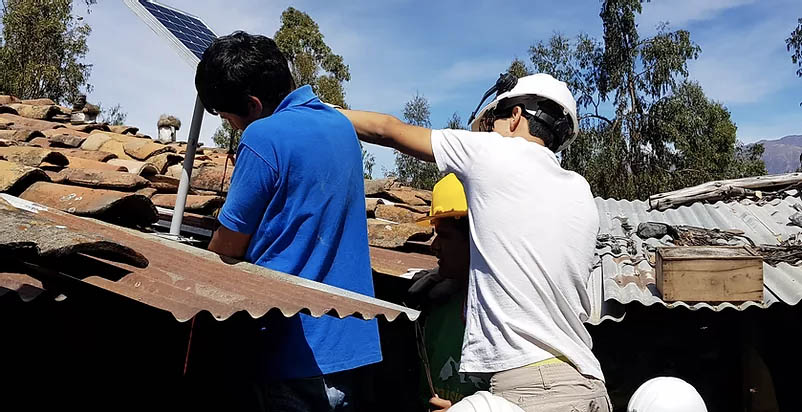