From December 18 to 23, Misión Huascarán, together with the consecrated members of Pro Ecclesia Sancta – PES, celebrated the Christmas campaigns in the population centers located above 3033.9 m.a.s.l. in the district of Mancos, Ancash – Peru.

There were two campaigns that were led by the consecrated team of Pro Ecclesia Sancta, who organized several activities to spend a pleasant moment celebrating Christmas with the local population, receive the sacraments and grant support by participating in the agricultural projects of the place.

The first campaign was led by Father Patrick Evans, who was in charge of the volunteers of Misiones Confirma to deliver toys and donations to the children of the population center of Utupampa.

Brother Carlos Miguel was in charge of the second campaign, who along with the PES consecrated and the volunteer team of parents and children of the American Peruvian School Abraham Lincoln, continued with the delivery of gifts and donations to children of the population centers of Huayapón, Putaca and Pumaranra.

Additionally, an “Ensure Advance” donation, made by the parents of Franklin Delano Roosevelt school’s 2026 Prom, was distributed among children and senior people of Mancos.

Likewise, as part of the Christmas activities, the Missions “Camino Belén” were carried out in order to provide spiritual formation to children of the populated centers of Mamapampa and Ushno. 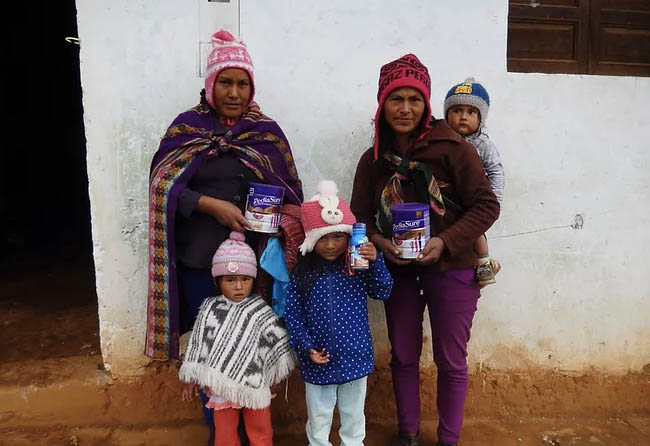